While owner/trainer Nina Fisher adopts and takes in numerous surrendered or “adopted” horses, she unfortunately can’t take in every horse out there, although in her heart, she wishes it was that simple and that she could. However, she must scrutinize every animal and go on the basis of what horse best fits into her lesson program based on multiple factors such as personality, a sound mind and good health. So, let’s meet them!

Whiskey : Born March 28, 2005, Whiskey is a17 year old light bay gelding Foundation Quarter Horse who arrived at SSF in March 2015!! He stands 15 hands. He is a quirky, low-key, quiet horse who enjoys human interaction and truly aims to please! Very dependable and one of the favorites of our riders! 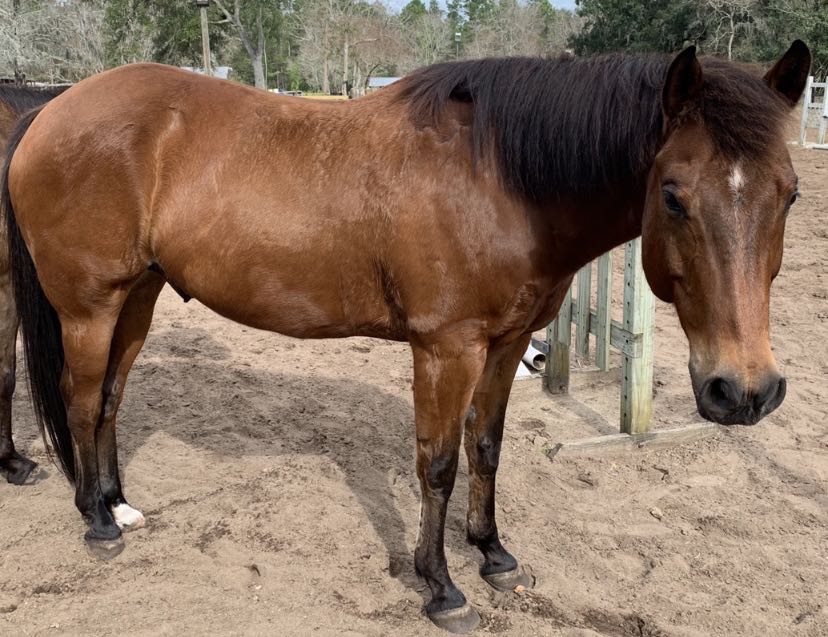 Ben:  Born January 14, 2010, Ben was is an 12 year old light bay gelding Thoroughbred who was adopted from a training center in Ocala. He stands at 16 hands. He has been at the farm since 2016. A very sweet and curious horse who enjoys attention! 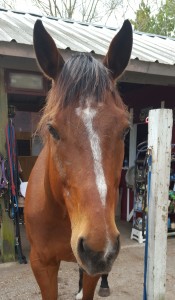 Honey:  Born January 13, 2008, Honey is a 14 year old gray Appaloosa. She stands at 15 hands. She was a former trail horse and is very dependable with a good, level head. She was adopted and has been at the farm since 2015. She is a nice all around horse and a very athletic girl!! 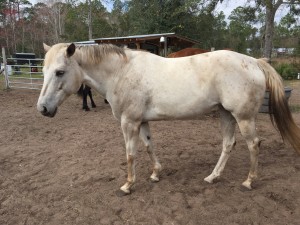 Heart:  Born May 11, 2008,  Heart is a 14 year old Off the Track Thoroughbred.  He stands 15′ 2 hands.   He is a light bay gelding  who has been at the farm since 2015. He was rescued from Ohio New Locations for Adoptions of Thoroughbred Standard Breeds. He is an energetic, athletic and high-spirited horse who needs and enjoys consistent daily routine work. 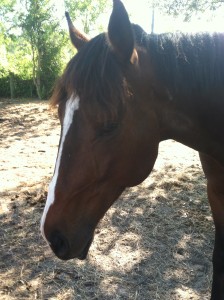 “Mickey“:  “Born February 10, 2013, Mickey is an 9 year old bay gelding. Mickey came to SSF in 2016 when he was 3 years old to be the farm’s project pony. Nina chose him so senior riders could use the knowledge and skills they learned from her to break and train him. After many months of training, he transformed from a pony who wanted nothing to do with humans to a sweet little guy who will follow you around like a puppy dog. At 12’2” hands, he is the smallest pony at the farm, but shhhh, he doesn’t know that! He is a nice mover who has no problem running the jump course or keeping up with all the big boys!

Breezy: Born April 1, 2010, Breezy is an 12 year old Paint mare born. She stands just over 14 hands and arrived at the farm in December 2019. Nina adopted her from owners who are in their senior years and looking for her to have a place where she can have a job. With some hard training, she is turning into a good hunter horse.

Shay: Born October 31, 2012, Shay is a very friendly 10 year old Black Frisian/ Curly mare. She stands 14′ 1”. She was rescued as a filly and re-homed. She was surrendered back to her rescuer in 2018. Shay came to the farm as a border in December 2018. Her owner surrendered her to Nina in February 2019. She was put into training and was used for summer camp for the first time in 2019 and is quickly becoming a favorite of our riders.

Magic: Born April 10, 2012, Magic is 10 year old Off the Track Thoroughbred standing 15′ 3 hands. He is a bay gelding. He raced for 3 years prior to an injury to his front leg. After 10 months in rehab, he was adopted by SSF in May of 2020 from a training center in Ocala. He is starting his second career as a lesson horse and taking quite well to working the jumps. He is such a sweet guy and a wonderful addition to our lesson program!

Kola: Born March 5, 2017, Kola is a 5 year old Off the Track Thoroughbred standing 15′ 3 hands. He is a bay gelding. He was in training to race when he came up sore. The owners decided to give him a chance at a different career, so he was adopted by SSF in May of 2020 from his training center in Ocala. He is starting his second career as a lesson horse and taking quite well to working the jumps. He is another super sweet guy and a wonderful addition to our lesson program!